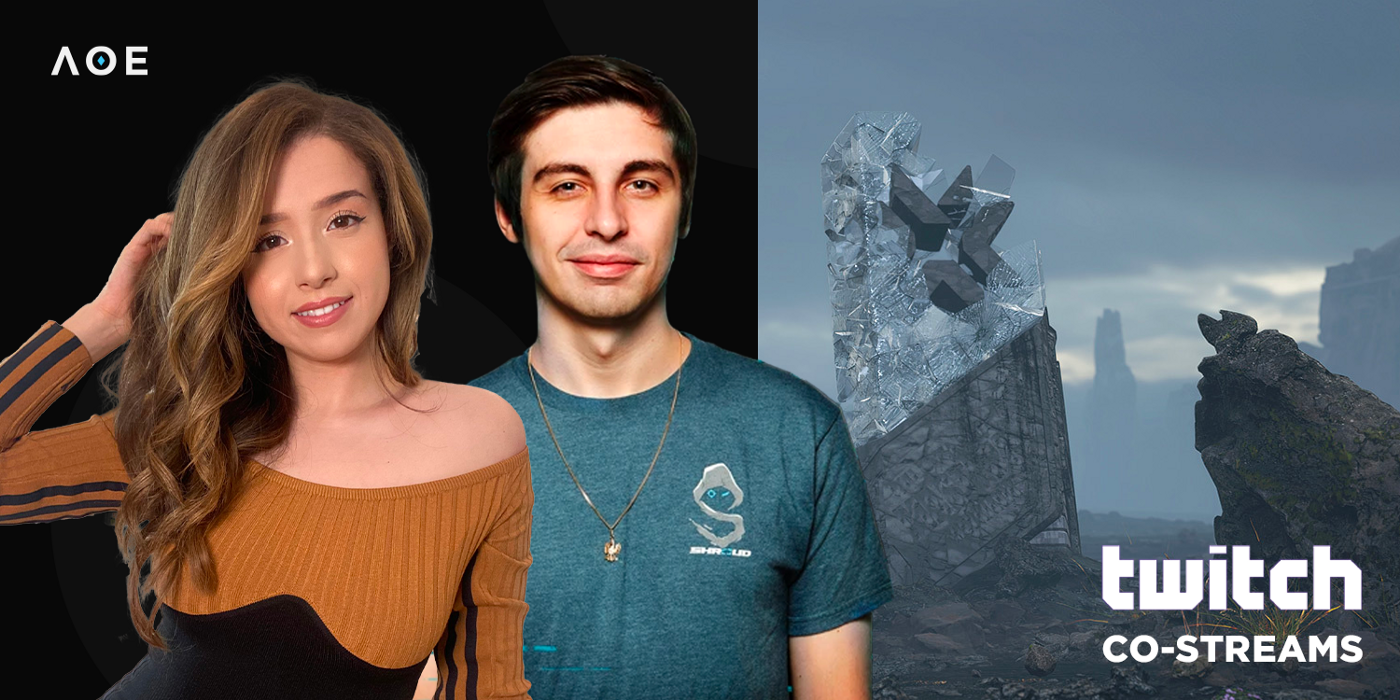 Iceland is a bit of a ways to travel. The North Atlantic country is isolated by the Atlantic Ocean and Norwegian Sea, and is home to a population of just some 357,000 permanent residents — or under half of the number of souls that pointed their attention to the city of Reykjavik during the Valorant Champions Tour Stage 2 Masters event.

At the peak of the festivities, co-streamer Michael ‘shroud’ Grzesiek commanded a viewership bloc almost equal to the island’s population itself. If every viewer was a voter, Riot Games and its official stream would have been the second largest political power in Iceland, behind that of the very man they hired to bring attention to their newest esports scene.

While this is obviously an illustrative hyperbole, that doesn’t make the numbers themselves a mere curiosity. The live events scene is no stranger to utilizing influencers to boost their brand presence, but the increasingly oversized impact of influencer co-streaming has caught the attention of the industry’s leaders and organizers. They might not literally be casting votes as a political bloc, but the ability for an individual streamer to dwarf the host organization itself nonetheless makes them a major power.

And, to some alarm, a potential rival.

Of course, to clarify, the event’s host doesn’t technically lose out on eyeballs through co-streaming, at least not in Valorant’s case. The Twitch.tv platform’s host function allows for viewership from a third-party streamer to count towards another party’s efforts during that event — provided, of course, that the third party was pre-approved to do so.

Such was the case, not only for shroud, but for content creators Pokimane and Ninja as well, and the audience capture opportunity they provided can safely be considered a major contributor to Valorant’s rapid rise in esteem as a competitive scene. Though its steady growth over time even after disregarding major influencer-boosted events attests to its own innate staying power, the major spikes in attention shown on Sullygnome is clear indication that a pump is being almost literally (and successfully) primed on its behalf.

It’s not a unique situation to Valorant either. Unauthorized co-streams were a major problem for Fortnite esports as well, and the demand for popular content that rights holders are not utilizing due to geographic restrictions or lack of interest was a major debacle for the Arena of Valor scene in China. But the formalization of its practice, spearheaded by the pilot programs set up by Epic Games and Riot Games, has quickly garnered pushback.

The key criticisms against the practice fall into two particular schools:

And the criticisms are seemingly not without merit, as attested by Riot’s own iterative changes around their approach to the practice. The LCS Watch Party program launched earlier in May supplants their previous co-streaming program and restricts it to just seven partners — all of which are strictly defined by their entrenched positions in the League of Legends esports ecosystem.

However, the extent in which these arguments have weight may be more illusory than real. As, of course, are most things that have to do with the digital era.

The thing about pilot programs is that they’re basically there to feel out the general interest level of a program or feature — they’re rarely fully representative of the final outcome. As the evolution of Riot’s co-streaming strategy’s demonstrated, the conflicts laid out above are fairly trivial to administratively solve: isolate what streaming demographics do or don’t work for the purposes of market growth, iterate on what does work, and cheerfully announce an “exciting new change” the next season with some publicity buzz to bolster your efforts.

That means that concerns about brand value dilution are largely inconsequential. There’s nothing about a co-streaming agreement that forces the event host to put up with unwanted behavior from the streamer, whereas the streamer is conversely incentivized to maintain good behavior in order to keep program access. The selective and curated nature of official co-streams further bolsters the event organizer’s controls — they were always going to be aiming for influencers that fall within their accepted bounds of behavior anyhow, or work with ones whose sheer audience presence negates any drawbacks.

It takes an influencer of Ninja or Pokimane’s caliber in the first place to be able to negotiate terms on equal footing. Ones so large that they have concretely measurable crossovers with the mainstream zeitgeist in the first place. And, if anything, sponsors and advertisers may find it infinitely preferable to have them onboard than to only have numbers coming out from the live event organizer’s internal metrics.

After all, they can trust their own external observations of a major influencer’s impact on their audience’s behavior and reception of an event. They can’t necessarily trust their partner organization’s, or that of the streaming platform. The duplicitous nature and history of internet advertising and marketing means that the inclusion of third parties allows for better triangulation and verification on the sponsor’s part, and while seemingly organic influencer-generated buzz can itself be artificial and engineered, they are not necessarily incentivized as strongly to impress a second-hand advertiser.

As for the primary benefit of co-streaming, the streamer themselves fills a much-needed niche that the event organizers are structurally incapable of fulfilling satisfactorily. There’s no getting around the fact that esports event streams cater to the diehard fans — that is, in fact, their raison d’etre; but that also means that more casual viewers are often left by the wayside as jargon and deep-dive discussions about players they only vaguely know about take up the majority of the airtime.

The co-streamer bridges that gap between the core of the esport and the as-yet converted casual audience. They talk in lingo familiar to their community, their reactions to certain names and actions on-screen are expected to be more authentic than that of a hired caster’s, and their own personal communities are welcomed spaces for those that may be alienated by competitive sports culture.

That alternative door to the greater esports culture is something perhaps unique to it. The greater sports ecology assumes such saturation of popular consciousness that similar bridging work was largely seen as unnecessary: baseball, basketball and football idioms and metaphors are so fundamental in our speech that having to explain what the sports are about seems ridiculously redundant.

Yet that assumption is increasingly in question. The Gen Z and younger audience is massively detached from the traditional sports scene compared to prior demographics, with a mere 34% of the generational cohort describing themselves as “avid” fans. That has increasingly been a reason to panic — per NFL’s chief marketing officer Tim Ellis:

“There’s no strategy for bringing in a 35-year-old fan for the first time. You have to make them a fan by the time they’re 18, or you’ll lose them forever.”

Meaning that, as time passes by and even Gen Z becomes parents of Gen Alpha, much more urgent action is needed by sports authorities to build their younger audience.

The lessons learned by esports’ co-streaming experiment will likely be a vital component in the immediate years to come.