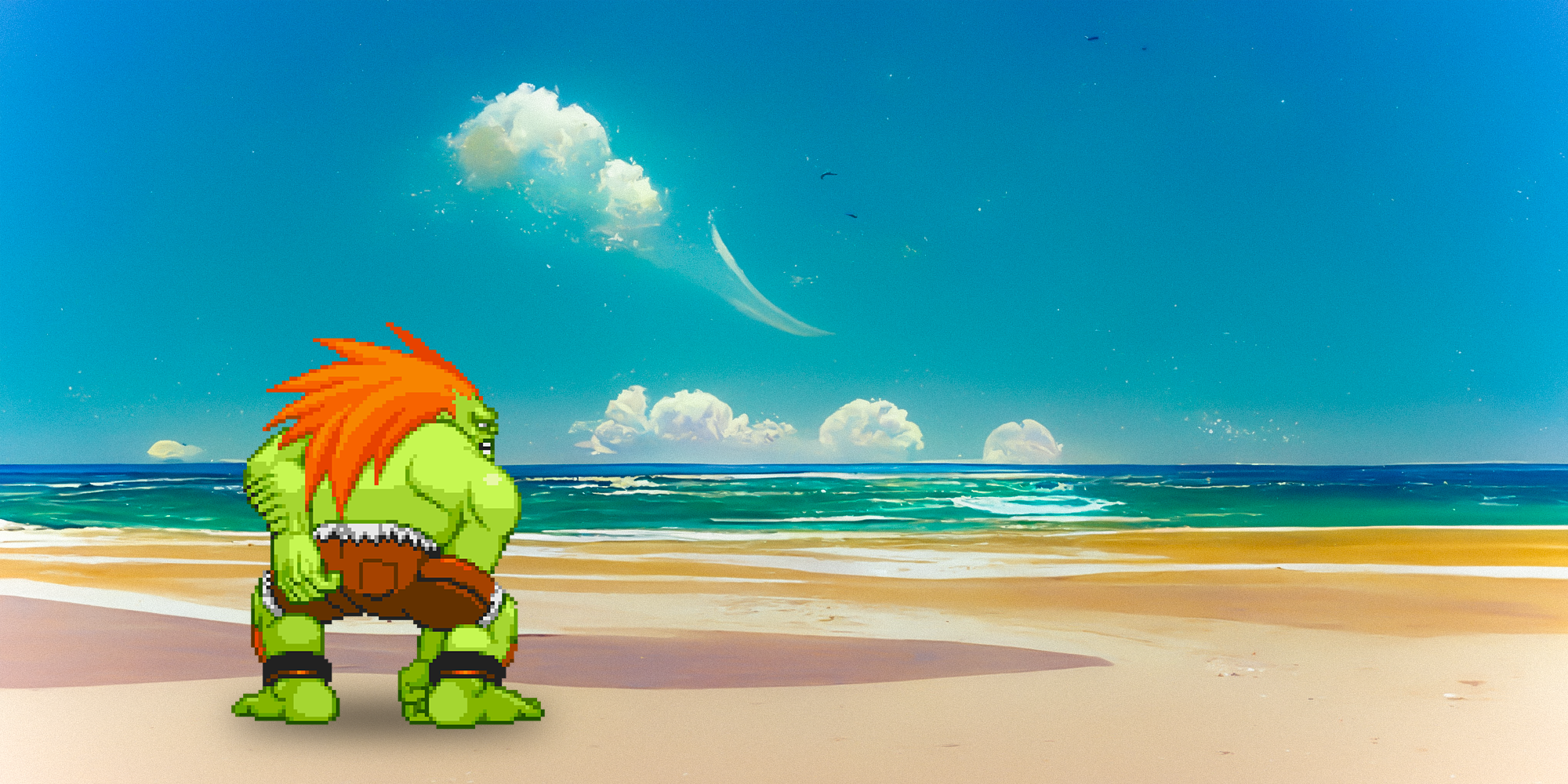 For a genre that is basically the virtualized essence of the oldest and most basic form of human conflict – that of the fist to the face – fighting games have long suffered a niche reputation compared to its counterparts in competitive gaming. Even as other genres and forms of competition thrive in the digital landscape, the fighting games genre itself has a bit of a… for a lack of a better word… grimey reputation to itself. And this despite the genre’s yearly takeover of that most glamorous of destinations as countless thousands of knuckleheads with gamepads and fightsticks descend upon Las Vegas for Evo.

Of course, that may be symptomatic of the problem. The fighting games community is not short of passion – but the FGC is also largely only that of the passionate road warrior, looking to find another that knows the ways of stick-and-buttons combat. Actually getting into the genre itself requires a level of commitment with few parallels in other games.

THE CLIFF AND THE DESERT

The execution barrier alone is infamous. Competitive FPS titles are not short of sweaty try-hards either, but aiming and clicking with the mouse is about as intuitive as a game can get. Even MOBAs, with the huge list of items, characters, and skill interactions they’re famous for, are largely done by pressing four skill buttons, abstracting often complicated effects to a single choice and action. In contrast, the traditional fighting game takes fidelity perhaps a little too far for its own good – much like how there is a canyon’s worth of skill gap between that of the drunken street brawler and trained MMA professional, first-day players of Street Fighter or Guilty Gear often find themselves torn apart in online matches without even an inkling of understanding of how they’ve lost.

A steep learning curve is already a big problem for a game’s general reception, and that reputation is further paired with an expensive entry ticket as well. Fighting games are no cheaper than any other console title, often at $50-60 a game, and can be more expensive thanks to the modern practice of adding new characters and stages through purchasable downloaded content, sometimes doubling their final price or more.

In light of that, it’s no particular surprise that fighting games have a niche audience, and that the passion of its devotees have taken the form of DIY competitions in contrast with the glitz and glam seen with other esports titles – indeed, it’s a sensitive point of discussion among fighters whether they should even be called “esports” in the first place. While the legends and stories they tell of each other’s exploits and moments of awe-inspiring glory paints a clear picture of why fighting games persist despite their comparative inaccessibility, as does the sheer size of its highest-level tournaments, the genre as a whole still has a not-unfounded reputation as being as hostile to the unprepared as the deserts around Las Vegas itself.

That may finally be changing.

FROM THE RIVER TO THE OCEAN

“How do we get more people to play fighting games?” is a question that’s bedeviled publishers for some time now. The genre’s defining age was back during the arcade era, when a fistful of quarters gave you a few minutes’ access at a time, and whole communities developed for bragging rights around the local machine. Now, with fighting game play primarily done at home and online, community rapport and education has to be deliberately sought, and it takes significantly more than quarters to access the game itself.

The developments since have thrusted toward two particular schools of thought - with gameplay accessibility being the most commonly pursued. In essence, cutting down the famously complicated execution patterns in fighting games to its most basic essence should theoretically make people more willing to at least try them out. Much of the design around this emulates Nintendo’s Super Smash Bros. platformer fighter franchise heavily, and for good reason. As seen from the sales numbers alone:

Though note that simplified controls are an incomplete answer. By sales and popularity alone, the strength of a title’s brand and cultural influence can and has overridden mechanical complexity as a barrier to entry, as evidenced by the more traditionally designed Mortal Kombat 11’s significant 12 million units sold… and, of course, the fact that Elden Ring and the entire Soulslike genre exists.

While simplified execution does help, the real reason for optimism in the financial future of fighting games has more to do with a very, very recent disruption in the business model of fighting games.

On July 26, 2022, Warner Bros released the open beta for Multiversus, a 2v2 platform fighter similar to Nintendo’s Smash Bros in form and gameplay. With the intention to release the game in full as a free to play title, and the PC-centric focus of the game itself, the Multiversus beta achieved a whopping 144,000 peak concurrent players on Steam (https://www.vg247.com/multiversus-open-beta-player-count-100k).

More than every other fighting game title combined.

Arguments can be made that this is merely reflective of the pent-up demand for a free-to-play Smashlike title, of course. But just as League of Legends was more immediately accessible than Heroes of Newerth or Dota 2, the inherent accessibility of “free” cannot be downplayed.

League of Legends developer and publisher Riot Games announced just this very week of writing that their upcoming fighter, code-named Project L, will also be free-to-play upon release. With the cultural acclaim of Netflix series Arcane, and the general popularity of League itself, the potential interest and audience for their fighting game is expected to reach historic proportions.

And thus does a community find the ocean at the end of the desert.